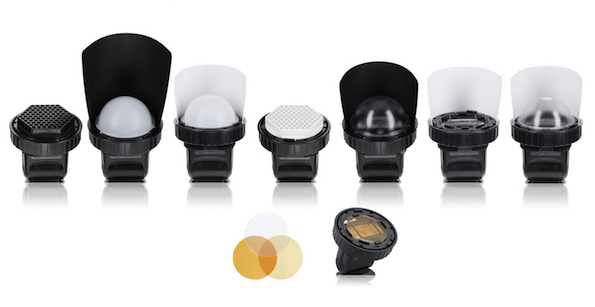 The SpinLight 360® Modular System is a one-stop solution for controlling your flash light, both on-camera and off. The SpinLight 360® is an extremely versatile system, unlike anything else, and gives you many ways with which you can gobo your light or achieve a bounce flash to get studio quality lighting anywhere you are. By rotating the bounce cards a full 360º, instantly and easily change the direction or ratio of light and shadows on your subject to create three-dimensional looks. You can also, quickly and easily add or change modifiers, with a wide variety to choose from such as Grids, Snoots, a Clear Dome, a White Dome, a Half-Dome and Gels. The SpinLight 360® is Made In The USA.

Learn how to use your SpinLight 360
to it’s fullest potential
with our video and written instructions.
Learn Today

See some of our most frequently asked questions and answers.
Have a new question?
Email us below.
See The FAQs

Connect with us around the web to learn more about our company
and how to use
your SpinLight 360.
Connect With Us

Theme customization and implementation by The Traveling Designer